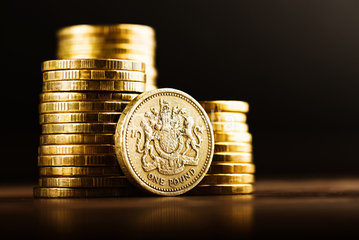 Here we attempt to answer many of the common questions to do with police pay.

To help us we enlisted the services of Board member Joanna Young. Joanna joined the Met police in 1984 and spent her last 4 years of service as the elected full-time London Secretary for the Superintendents’ Association, a member of the Association’s National Executive Committee, lead for HR, leadership and diversity, and deputy for Police Negotiating Board.

How is police pay decided?

Joanna: Police pay for England and Wales is decided by the Government. Previously the process was through the Police Negotiating Board (PNB) where an independent Chair helped ‘Staff side’ and ‘the Official side’ reach agreements over pay and conditions.

All of this changed in 2014 following Sir Tom Winsor’s review of Policing and The Police Remuneration Review Body (PRRB) was set up in September 2014 to make recommendations to the Prime Minister and Home Secretary on police pay. September 2015 saw the first decision on police pay under the new system and this is now the second year.

What is the Home Office role?

Joanna: In November 2015, Home Secretary Theresa May wrote to the Chair of the PRRB, David Lebrecht, setting out the ‘Remit’ for the PRRB in considering the 2016 pay award. She wrote:

‘In considering the appropriate level of pay for police officers I would ask you to have regard to:

In short, The Home Secretary wanted recommendations on police pay within a 1% budget. However she wanted the PRRB to consider targeting an average of a 1% increase to roles that were most in demand and support the delivery of public services. She also wanted a review of and recommendations on the London and South East Allowances, overtime rates for Bank holidays, the Motor Vehicle Allowance and the Away from home allowance.

How does the Federation influence pay levels?

Joanna: To make their recommendations the PRRB receive written submissions from interested parties such as the Police Federation, Superintendents’ Association, Chief Officers and PCCs. They also receive evidence from these bodies at meetings where the PRRB is able to question the submissions.   The ‘evidence’ from each party sets out why they think a particular award should be made. The PFEW and PSAEW support a 1% pay increase for all ranks rather than more/less to a particular role or rank. Submissions must be supported by analysis and survey results.

How do pay negotiations differ across ranks?

Joanna: Pay is no longer ‘negotiated’. Evidence, as described above, is submitted for consideration by the PRRB. There is no going back and forth as there used to be under the old PNB system. Pay for Federated and Superintending ranks are dealt with via the PRRB, while Chief Officer’s pay is considered by a separate Senior Pay Review Body.

What pay rises came into effect on September 1 2016?

Joanna: The last Police officer pay award was decided on 16th July 2016. Theresa May accepted the recommendations of the PRRB which were as follows:

What are the current rates of pay for the MPS?

Joanna: Here is a brief summary of all MPS pay ranges.

What peculiarities are there about Met/London pay levels?

Joanna: Met pay currently has different allowances to compensate for working in London where costs are higher and the average wage is higher. What allowances a Met Officer will receive will depend on when they joined the Police.

Is police pay a fair compensation for the job?

Joanna: That’s a difficult question to answer. Most Police pay in London is above the London average, however it is a highly responsible job, sometimes dangerous, and involves shift work which can impact on quality of life. 8% of police pay is an ‘x factor’, that is to say the ‘compensation’ for the factors such as shifts etc.

What are the prospects like for Police Pay in the near future/long-term?

Joanna: The Chief Secretary to the Treasury has already issued their remit letter to the PRRB (July 2017) and highlights the following:

So whilst there is some stability in that we know it will be a 1% pay award it might not be applied to all in 2017, with some potentially receiving less and others more.

What other factors are there to consider regarding pay and conditions?

Joanna: Remember, the police pension is still good and officers can still take a pension at a lower age than any other public sector worker (55 years, but reduced). Also, at present Officers can’t be made redundant – although they can be offered voluntary exit (a form of redundancy).